From today (Thursday, June 19), people looking to get a better return on their money can take advantage of one of the biggest opportunities to profit from the growth in clean energy in the UK to date, with a loan-based crowdfund from Trillion Fund, the renewable energy crowdfunding platform.

E2Energy, a joint venture between Endurance, the leading community-scale wind turbine manufacturer, and Earthmill, one of the largest wind turbine suppliers and installers in the UK, will launch the first £1.25 million tranche of a total planned £5 million raise to finance the construction and installation of new wind turbines.

The loan offers anyone with as little as £50 a market-leading [1] return of 7.25 per cent a year over three years, on the Trillion Fund crowdfunding platform (www.trillionfund.com/e2energy). Lenders signing up within the first 30 days will receive bonus interest of 0.25 per cent, boosting returns to 7.5 per cent. For example, a lender putting in £1,000 before July 31 will get back £1,225 at the end of three years. That’s a better risk-adjusted return than on current best-buy, three-year bonds or mainstream peer-to-peer loans.

Crowdfunders will benefit from the knowledge that their money is backed by five, fully operational wind turbines located in Yorkshire and South Teesside, which are covered by insurance for 20 years and are already generating revenue from feed-in tariffs linked to the Retail Price Index, as well as the sale of electricity to the grid. They have insurance and maintenance agreements in place to cover the duration of the term.

Proceeds from the raise will be used to install new Endurance turbines on sites that have already received planning permission in Yorkshire, the North West, the North East, south Wales and Scotland.

Some of the electricity generated by the turbines goes directly to local farmers, helping to support the UK agricultural industry – the rest is bought by power utilities.

The raise is the first to launch on Trillion’s innovative new platform, launched last week, which enables lenders to lend to or invest in projects in just a few minutes.

Julia Groves, managing director of Trillion Fund, said:  “Wind profits do not have to be just for wealthy landowners – they can go to everyone. And we are all ultimately paying for feed-in tariffs, so we might as well be making a return from them too.

“Renewable energy projects offer unique, asset-backed returns, because they generate a steady, relatively predictable income flow from the feed-in tariff they receive and the electricity they send to the grid. There is also some inflation-proofing as the tariff rises in line with the Retail Price Index.”

Dave Rankin, managing director of Endurance UK, said: “Endurance has a strong community focus and we wanted to give everyone the chance to have a stake in the growth of UK wind – not just the private equity players, banks and high net worth individuals that have so far funded much of the sector.

“In Denmark, where the renewables sector is more advanced, they say that when local people own the wind farms and share in the benefits, they support them. You go from NIMBY (Not in my Back Yard) to POOL (Please On Our Land)”.

Mark Woodward, commercial director of Earthmill, said: “The money raised in this crowdfund will go to installing more turbines and generating more clean, cost efficient energy to parts of the UK that really need it.

“Most of the risk in wind energy is at the pre-construction phase. Once the turbines are through planning and up and running, the risk involved in a project is reduced. Maintenance costs also tend to be low and are built into our return forecasts – and the wind is plentiful and free.”

The Trillion Fund platform is regulated by the Financial Conduct Authority and offers people the chance to lend to or invest in projects through peer-to-per loans, debentures, regular funds and community share raises. 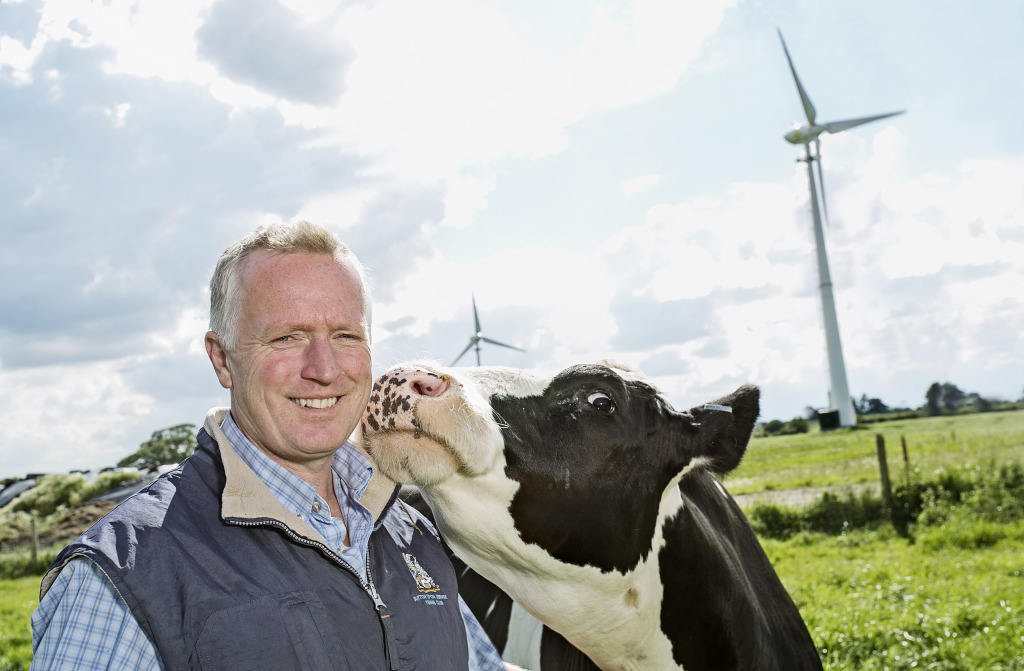 [1] Compared with similar three-year bonds and mainstream p2p loans available as at 17.06.2014