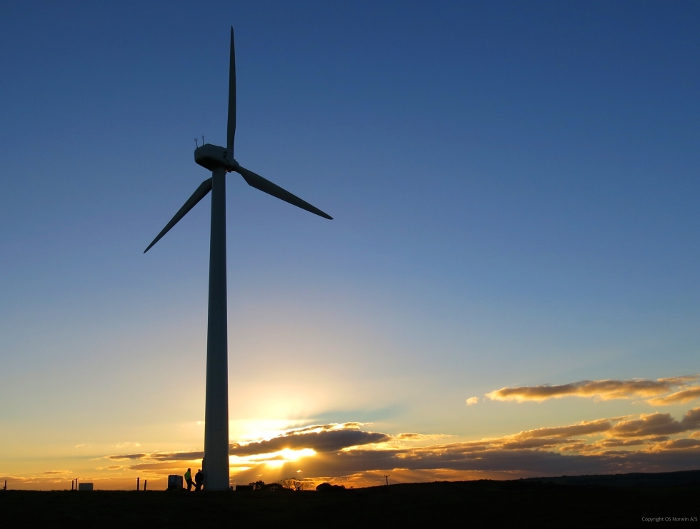 Record breaking winds are providing much needed additional revenues to hundreds of UK farmers who have installed power generating turbines on their land, according to a leading supplier of farm-scale wind turbines.

“High winds undoubtedly caused problems for many people in December but for farmers who have installed turbines the silver lining proved to be record incomes from electricity generation and big savings on power bills too,” said Steve Milner, managing director of Earthmill.

He added: “New data clearly highlights the benefits of diversification to farmers with land for small, farm- scale turbines.”

Earthmill’s data shows their fleet of over 100 turbines sited on UK farms generated a massive 2668 MW Hours of electricity in December, enough power to supply a town of 9,600 homes for 30 days or 800 homes for a whole year.

“As well as generating power worth over £600,000 in just one month, the turbines we manage also attracted discounts on electricity bills worth more than £200,000, equivalent to an average of £2,000 per farm in December alone,” commented Mr Milner.

“Whilst there will always be sceptics about the viability of wind power, the new technology used by our turbines is really helping to further increase their efficiency a fact supported by December’s output figures.  Across the UK, wind power supplied 10 per cent of the country’s supply electricity during December, a record month for renewable energy generation and our farmers played their part and boosted their revenues as a result.

“Of course, December was a very windy month and that swells the generation figures somewhat, but typical monthly electricity outputs are between 50 per cent and 75 per cent of these levels, making turbines highly productive on UK farms which are consistently windy.”

Demand for the turbines from the farming community has soared in recent months as power costs continue to climb, while deadlines reducing levels of Government incentives draw ever closer. The December power generation averaged £6,000 per farm turbine, but varied according to farm position and the type, size and capacity of turbine installed.  Many farmers have high electricity usage so the significant levels of power generated by wind make real savings to the operational costs of their business, with any extra being fed back into the grid providing additional income.

Mr Milner said poultry, pig and dairy farmers, who typically consume the most power, stand to make the most from the scheme.

“With rising electricity costs adding pressure to farm revenues the steady increase in demand for new turbines looks set to continue throughout 2014 and beyond,” he added.

Earthmill launched a £10m fund to provide finance for up to 100 new farm turbines in November 2013. Farmers and landowners can choose to buy and install turbines themselves, secure finance for the capital expenditure or rent their land to third parties who take on all of the costs and risk over a lease term.  This allows farmers without access to large sums of capital to enter the electricity generation market for the first time.  There are currently around 500 live applications by farmers to install individual or twin farm-scale turbines on their land.