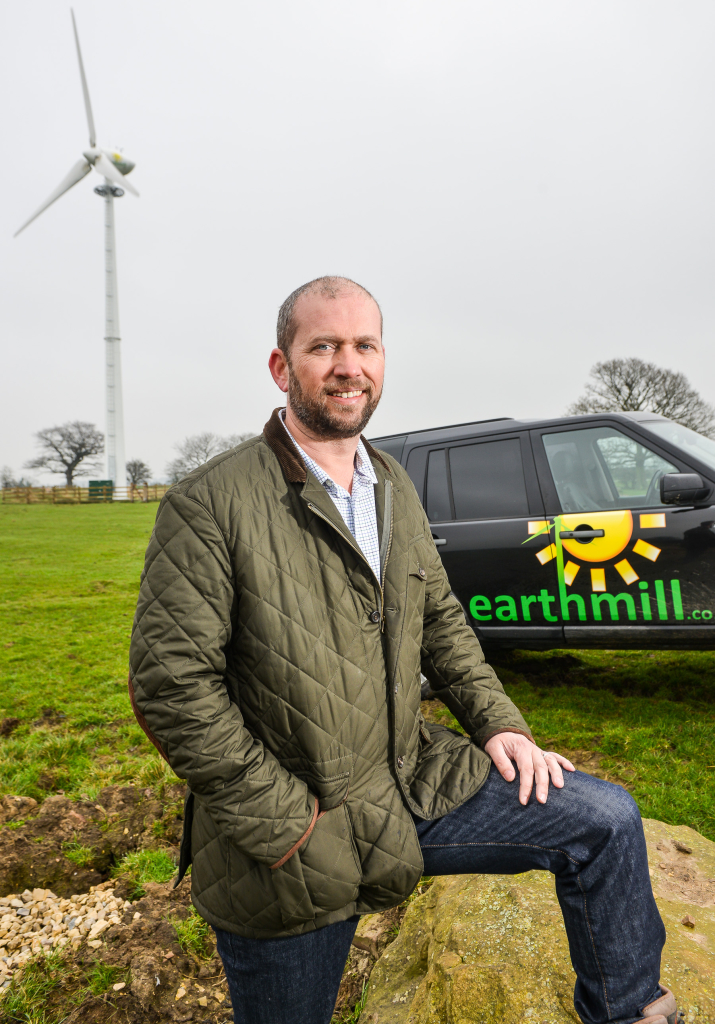 Wetherby-based wind turbine business, Earthmill, has launched a UK record £2.5m crowd-funded investment that enables individuals to invest in farm-scale turbines.
The deal is based on the success of the company’s initial fund, which was the UK’s first crowd-funded investment aimed at small-scale turbines and succeeded in raising £1.25m in just eight weeks earlier this year before closing, earlier than anticipated and over subscribed.
“We were obviously pleased with the take up of the initial fundraising and decided that, in the current climate of expensive bank lending, crowd funding in green tech and renewables made sense again. There is an appetite among investors for debt returns underpinned by these existing and highly productive assets, and this will help us drive further growth and fund ten new turbine installations across the UK,” said Steve Milner, managing director of Earthmill.

The firm’s latest offering guarantees investors who come on board in the first month an interest rate of 7.5 per cent per annum over three years, with 7 per cent for those who invest later in the scheme. The fund has been launched by renewable energy crowd-funding platform Trillion Fund. Investments start from £50 and loans will be secured against ten already operational farm-scale turbines, four of which are in Yorkshire: in Keighley, Driffield and Wetwang.
Steve Milner said: “There is a growing recognition that the medium-scale individual wind turbines being installed by farmers are a positive addition to the landscape. Not only are they built on a more human scale than wind farm turbines but they are adding to the power generated by renewables and reducing the UK’s reliance on fossil fuels.”
He added: “Investors who wanted to enter the wind turbine market used to need land, and between £250,000 and £600,000, to buy and install their own turbine. Crowdfunding is a brilliant way of enabling almost anyone who’s interested in wind power to get involved and directly benefit from renewable energy.”
Earthmill, which employs 36 staff, relocated to a new head office in Wetherby this year. So far, the company has installed more than 200 small-scale wind turbines on farms across the UK. The company was ranked 17th in the 2014 Sunday Times Fast Track 100 list of the UK’s highest growth companies.
Further details on the fund, and details of how the investments work, can be found at www.trillionfund.com.