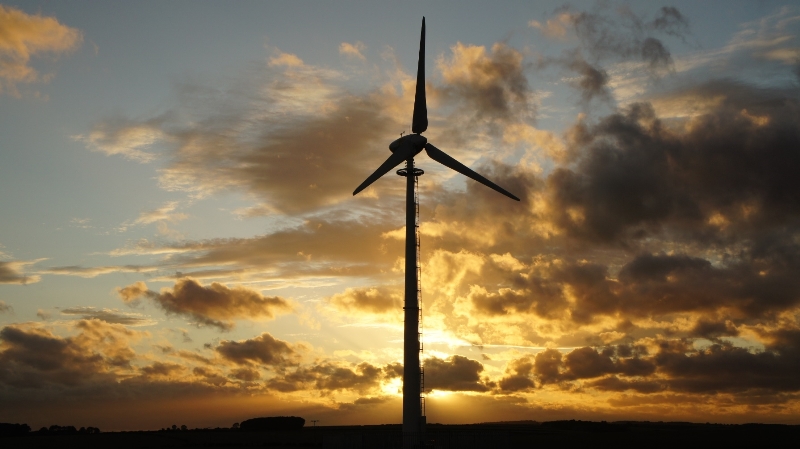 An army of landowners and farmers are rallying to the call to help Britain out of a looming energy crisis by installing single turbines and becoming small scale power generators.

Planning applications for small and medium-scale turbines has grown by 60% in the last six months according to data released by leading agricultural turbine specialist Earthmill.  The company has installed more than 150 turbines on farms and land across the UK, from Scotland to Cornwall. Its customers contribute to the UK renewable energy sector that now generates enough power for over 6 million homes on average.

Motivated by a combination of commercial and environmental benefits, more and more farmers are looking to reduce their own farm’s rising energy costs, generate additional revenues and help the environment at the same time. Since the last data was released in October 2013, ‘live’ planning applications in the UK have risen by around 60% to 810, driven by a wider awareness of the benefits of turbine generation.

“There are over 300,000 working farms in the UK, and although not all land is suitable for a small or medium-scale turbines, much high ground away from neighbouring buildings can be utilised to generate income and contribute to the UK grid,” said Steve Milner of agricultural-scale turbine specialist Earthmill.

According to Renewables UK, An estimated 8,000 small and medium turbines over 1.5kw have been installed in the UK since 2005, quietly growing the percentage of the UK’s power generated by renewables over the last decade.  New data shows that in March this year the power generated by renewables overtook that made by nuclear power for the first time, a sign of things to come as the UK’s wind energy sector matures.

The development of wind farms, as well as the less prominent individual small and medium agricultural-scale turbines that farmers are installing right across the UK, is swelling the proportion of renewables power the country is producing, especially during high-consumption winter months, when wind speeds also tend to be higher.

“Each 225 kw medium scale turbine can provide enough power for around 150 homes. For farmers, a turbine also results in a drastic reduction in billed power consumption. Electricity use by farms can be huge, especially in poultry and dairy farming, where heating and pumps are heavily used,” added Mr Milner.

“The UK is facing an energy crisis unless the country can add around 5% more power generation capacity over the coming decade to replace outdated power stations and those being decommissioned. With an estimated £110 billion of capital investment required in new power stations, we need to find more easily funded routes to self-sufficient and sustainable power generation.

“Couple this with forthcoming deadlines on reducing carbon emissions and the Government’s own green targets, and it is easy to see that whilst a ‘land army’ of smaller discreet farm scale turbines won’t solve the whole problem, they can be a big part of the overall solution,” added Mr Milner.