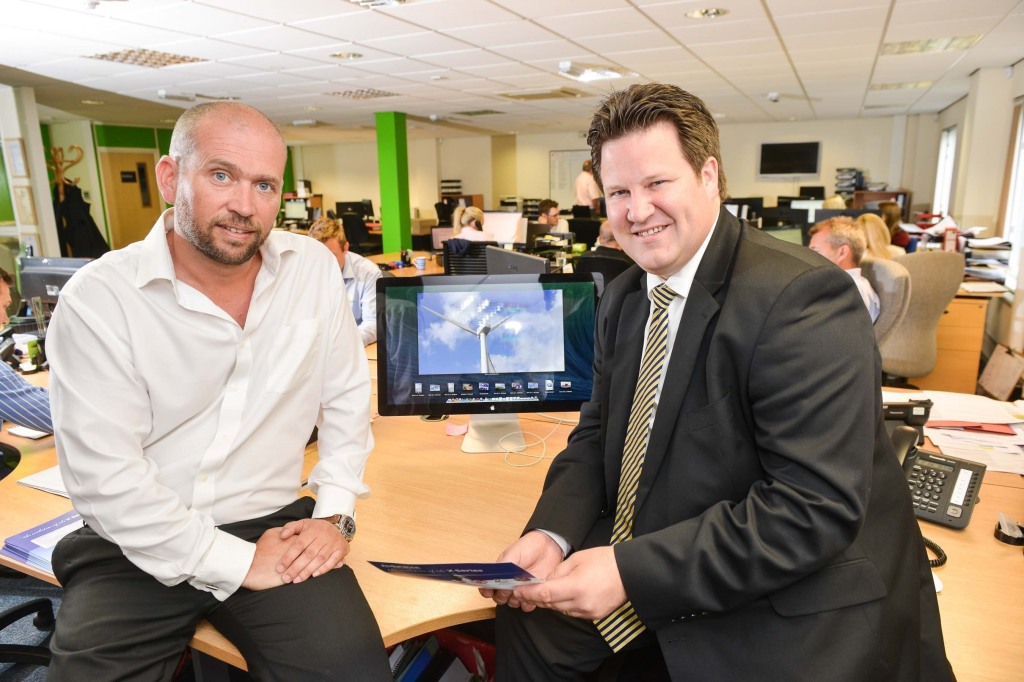 Elmet and Rothwell MP, Alec Shelbrooke, has visited the offices of Earthmill. During his visit Mr Shelbrooke met the Earthmill team, including founder and managing director Steve Milner, and learned about the company’s origins and its ambitions for the future.

Earthmill, which started life five years ago as a project in Mr Milner’s garage, specialises in supplying and installing small to medium scale farm wind turbines and has grown to employ 28 people at its Wetherby offices. Since the first Earthmill wind turbine went into the ground at Holmfirth in 2010, the company has supplied and installed more than 175 turbines across the UK.

The installation of a small-scale wind turbine can reduce a farm’s electricity bill by as much as £40,000 a year for high energy users as well as providing a rental income for 20 years. Demand from the farming industry has soared in recent months as power costs continue to increase.

Mr Shelbrooke said: “It was fascinating to see how individual wind turbines can integrate into agri-businesses across the country and the role they play in reducing reliance on foreign gas supply.

“Earthmill is a great example of small businesses growing and expanding in Yorkshire. I’m sure the business will continue to grow and I look forward to continuing a working relationship with this exciting firm in my constituency”.

Mr Milner said: “Alec wrote to us some time ago to offer any support he could to a local growing business, so we invited him in to meet the team and see how we have actually doubled in size since he first contacted us.

“Because farm-scale turbines can get lumped in with the bad press that wind farms attract, we felt it was important to explain the huge disparity in scale and impact on the landscape between Earthmill’s much smaller farm-scale turbines and large wind farm developments.

He added: “At Earthmill we’re all really proud that we’ve helped so many farm businesses to reduce their energy costs, giving them an extra source of revenue as well as reducing their carbon footprint.”