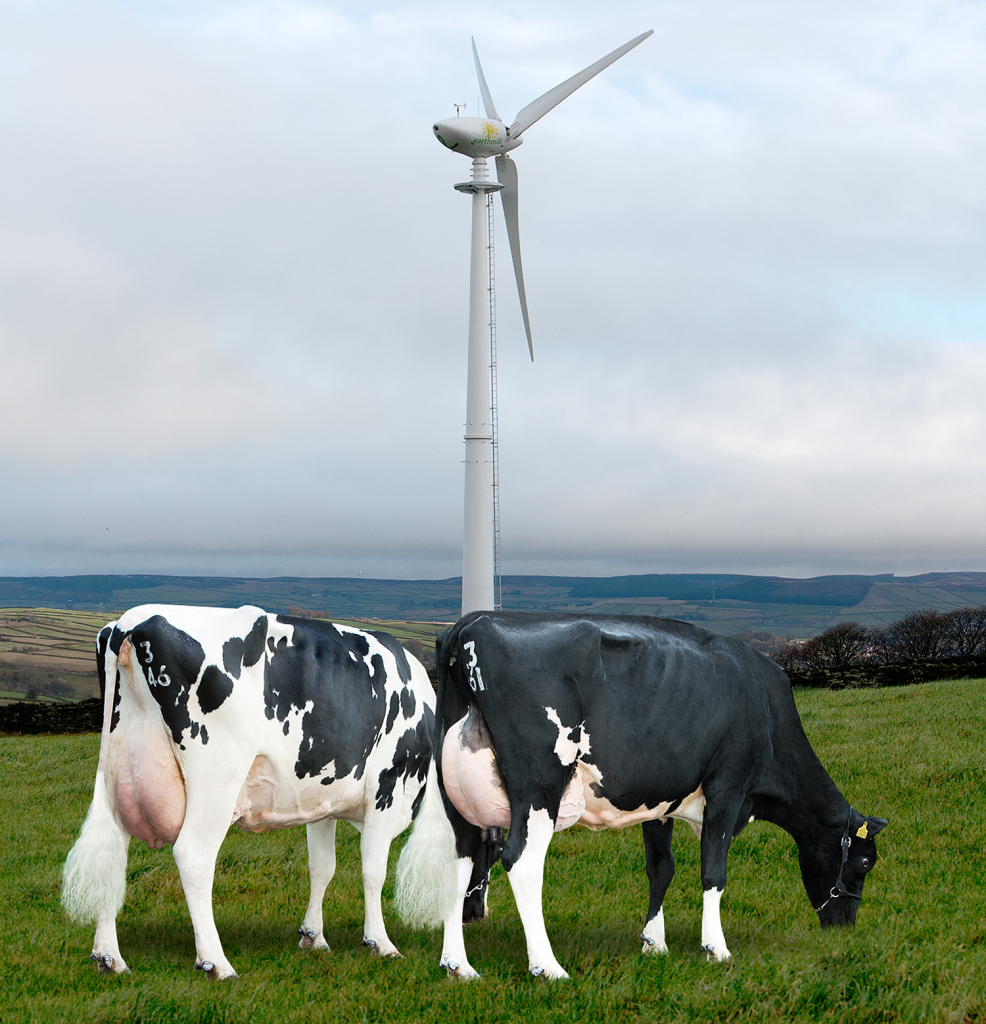 Mr Sharp, of Tewitt Hall Farm, Oakworth, is a dairy farmer and the installation of his Endurance turbine, a E-3120 model, was completed at the end of November 2012.

Tewitt Hall farm, located in the outreaches of Bradford, is surrounded by the stunning backdrop of the Brontës.  Owing largely to the cultural value of the area, planning permission for the turbine took the Earthmill Team and Mr Sharp a year and a half to achieve.  Throughout the planning stage Mr Sharp was absolutely dedicated to ensuring that the impact of the turbine was as minimal as possible on the Brontë landscape. Working closely with the landscape officer, there were rigorous visual impact assessments completed throughout planning.

The E-3120 Endurance turbine is a rated 50kW machine, however here at Earthmill we’ve found that this model frequently outperforms other models rated at 80kWs.  During the first two and a half months of operation, the Tewitt Hall turbine generated 57,000kW of clean electricity, with each unit valued at approximately 25p in FiTs.  With the turbine hugely outperforming all expectations and all generated power being channelled directly into powering his business, Mr Sharp reports that his winter fuel bill was less than a third of its normal total.

Mr Sharp, a supplier for Asda through Arla, was advised to look into renewable energy following an audit that was conducted at the farm. Asda are keen to become as green as possible throughout their sales process, beginning with the supplier. The findings concluded the farm would benefit from renewable energy and as a result Mr Sharp decided to begin his journey into wind power. Arla were extremely supportive throughout the planning application including providing a letter of support for the application.

The benefits of this turbine are not simply financial.  As a direct result of the turbine installation, Mr Sharp has done the equivalent of doubling his dairy herd without having to conduct any more work and can also potentially hire a further full time employee from the local community.  Mr Sharp also estimates that his business will now be secure for another generation. 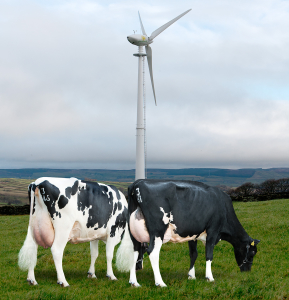 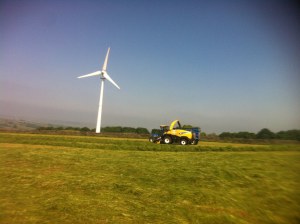