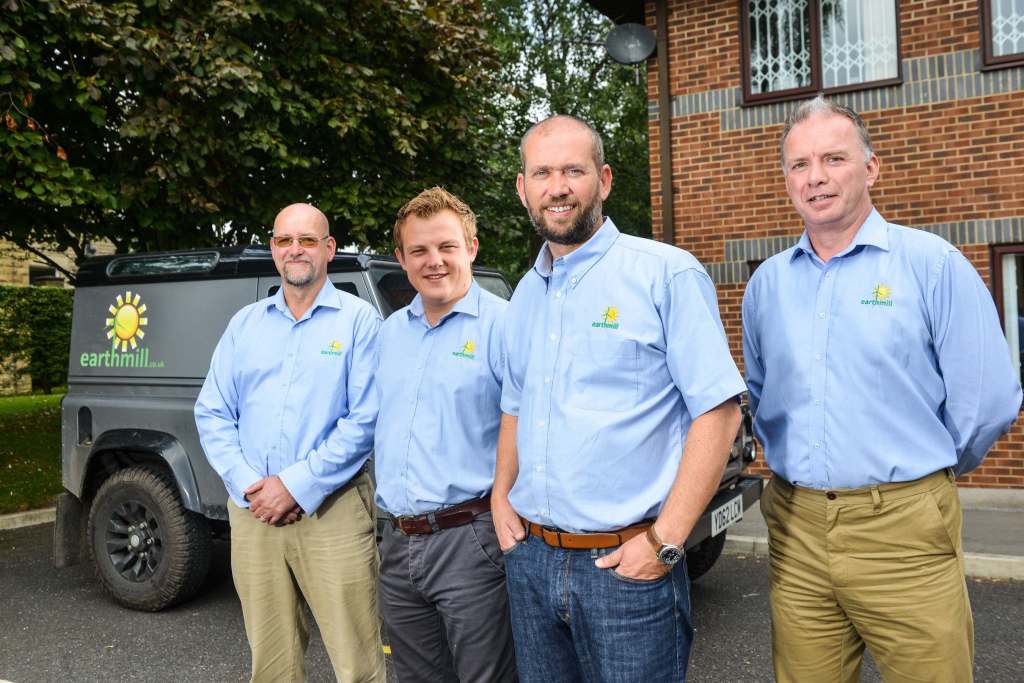 Earthmill, a leading supplier of farm-scale turbines, has strengthened its Scottish operation with a new sales team.

The £15m turnover firm already has more than 200 turbines on farms across the UK and is targeting Scotland as a key area for growth in 2015. Earthmill has already supplied six farms in Scotland with state of the art turbines to generate power and boost farm incomes. A further 12 Scottish turbines are under construction or in development, with another 38 turbine planning applications currently being progressed in the country.

The new Earthmill team in Scotland is made up of turbine specialists Mark Allen and Richard Hortin, bolstered on the ground by directors Mark Woodward and Steve Milner, with business development manager Oliver Leake. The company is continuing to grow its presence in Scotland to support the five-strong Scottish team.

“Scotland is our key market for growth, and we want to keep growing our team with specialist local knowledge and also the most extensive renewables experience,” said Earthmill director Mark Woodward.

“The industry has come a long way in the past five years, and we have seen suppliers invest to deliver some amazing advances in turbine technology. The latest farm scale turbines we now have access to are super efficient and with the consistently strong winds we see in many areas of Scotland, farmers here stand to benefit the most of all landowners across the UK,” added Mr Woodward.

Farmers can boost revenues by as much as £100,000 per annum with revenue from the generated electricity fed into the grid, and substantially reduced power bills, as well as boosting the country’s overall power generation capacity.

“Scotland is home to some of the best turbine locations anywhere in the UK. We expect to see dozens more farmers benefit, and provide local power generation for communities over the next 12 months,” said Mr Woodward.